~~~~~~~~~~~~~~~~~~~~~~~~~~~~~
After weeks of waiting, one of the little one’s tooth finally fell out. It’s the 5th tooth that she lost so far so we still have a long way to go. The “tooth fairy” made her appearance of course, although she almost forgot....again! Anyway, I expected her to wake up at dawn because she’s really excited about getting some coins so I braced myself into waking up really early. She didn’t, thank goodness. As soon as she woke up she ran to our bedroom yelling she got the coins. Her exact words were: I lost a tooth and now I’m rich! She’s rich! It’s a good thing we have the GE Home security system installed here in the house so we don’t have to worry about her ‘wealth & fortune’, eh? I wonder what we can do with all the money she has. Ha!

Seriously though, I’m glad that we decided to have a GE Home security system installed when we moved in here. It seems that home invasion is getting more and more rampant nowadays. It seems that some people are resorting to crimes such as home invasion to get through this economic crisis. Our local news has been reporting at least one invasion and/or robbery per newscast. That’s way too much as far as I’m concerned. I’ve only experienced home invasion once and it was years ago and in another country but I never want to experience it again. I wasn’t home when that happened to me but I lost a lot of good night sleep over it. I’m glad that we had the GE alarm system installed. It definitely saves us a lot of worries. 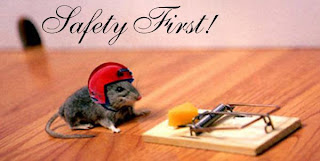 Email ThisBlogThis!Share to TwitterShare to FacebookShare to Pinterest
Labels: GE Alarm, Home Security System, Life and Anything in between