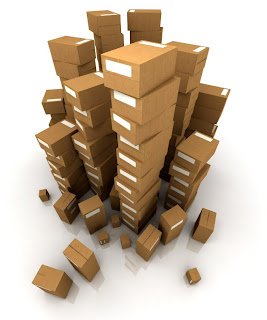 It’s been almost a year since we moved in this house. We still have a long way to go as far as making our ‘home’ presentable to visitors but we’ll get there. As my husband likes to say…we have a lifetime to do all these things. And I agree! As they say…slowly but surely. A proof of us [me, actually] taking our time, I have only started about a week ago going through boxes upon boxes of stuff stored in the garage. To be honest, I’ve been dreading to do that task but someone has to do it, right? The garage is running out of floor space so we need to start putting stuff in the attic. Aside from that, I need to look for some documents that my husband needs. That proved to be a difficult task as I have to go through ALL of the boxes just to find what I’m looking for…and I’m not done yet. I think I’ve finished half of the boxes and I’m not sure which box or boxes have the documents I’m looking for. One thing is sure though, I have a bigger task ahead of me once I’m done going through all of the boxes: DOCUMENT SHREDDING!

Document Shredding is something unheard of to me until I came to live here in the US. In my former life, I didn’t see the need to do that. My husband was the one who told me that I had to start doing that a few years ago because my identity can easily be stolen from the papers I toss in the trash. Talk about scary. I started shredding but not 'that' seriously. I guess I needed some kind of a rude awakening to make me believe that document shredding is actually a serious business. A friend of mine became a victim of identity theft. Like me, she also didn’t think it can happen to her so she’d toss out some papers which had some of her personal information. Before she knew it, she had been victimized by some identity thief. As a result of her ordeal, she practically had to start from scratch to rebuild her identity again. She said it was such a pain in the neck. After what happened to her, I started document shredding as if there’s no tomorrow. I’d shred even the junk mails that had my name on them. Overkill I know but as the saying goes: An ounce of prevention is worth a pound of cure! I can only agree...