Unfortunately I'm not friends with them. I wish! Anyway, I just find this interesting news so I'm blogging about it. According to ABC's Good Morning America, some of the wealthiest people in the world held a closed door meeting not too long ago. What were they meeting about? How to help charities that are having a hard time during this time of economic turmoil.

Bill Gates, Warren Buffet, Mayor Bloomberg, Oprah Winfrey were only 4 of the billionaires who were present in the meeting. Not quite sure how many were there but according to the news, those that were at the meeting have total worth of about $125 billion. Whoop! whoop!

Here's a picture I grabbed from the video about this meeting. 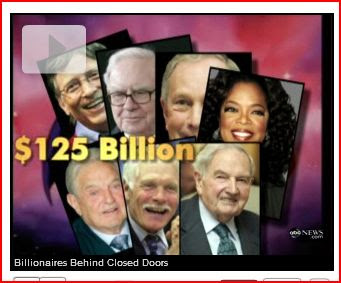 Here's another one that I find cute. The "Billionaire Super Friends in Costume"...hahaha... 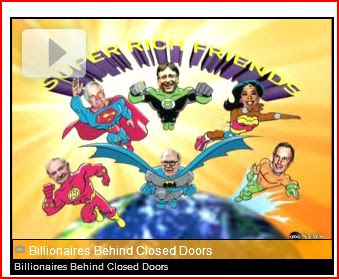 Seriously though, I am hoping they can do something for those that need their help badly.

yes, that's our Mayor here in NY. Sometimes, I kid F and tell him to find out his ancestry thoroughly. Mike can be his long lost uncle hehehe.

we're gearing up to have a lovely long weekend with a little chance of rain on Sunday.head on to NY. we're dry here and it's in the 80's.

I could use some of their wealth. 1% should not hurt them that much, hehehe.