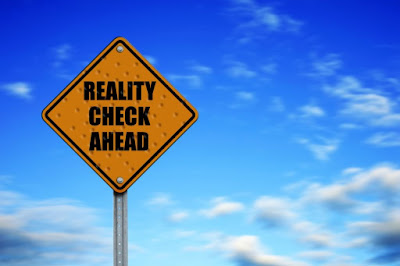 It's been almost 3 months since my high school silver jubilee. We planned and waited for it for...ummm, 25 years? Well, we waited for it for 25 years alright but we only planned for it for about a year. The event was a success but the most important thing that happened because of this jubilee is the RENEWED friendships. I wasn't physically present but I was very much involved in the planning -thanks to technology - so it was like I was also there and was very much part of it.

I wish I can say it's all good but such is not the case.

About a month before the event, one of our [seemingly healthy] classmates was rushed to the hospital because of kidney failure. He wasn't able to attend the reunion and he passed mid-January. Weeks before the event itself, we learned that one of our [former] teachers was diagnosed with cancer so she went on a sabbatical leave. She also was not able to make it to the reunion so my batch mates visited her. She passed 2 weeks ago.

Exactly a week ago today, one of our classmates who now resides in Virginia got hurt in a bizarre accident. She was off work and was enjoying the nice weather in their house's deck when she was hit by a shotgun pellet in the head. Thank God the pellet did not penetrate her skull or it would have a been totally different outcome. She's now home resting but still suffers from a lot of head pains because of the head trauma. She said that they might still have to do surgery on her to take out the pellet that's embedded on her skull but that remains to be seen. For now, we're just thankful she's alive and well.
Things happen in 3's or so they say. With this in mind, I am hoping and praying that we don't get anymore sad news like the ones I mentioned anytime soon.

It is at times like this that some go through a 'reality check'. I know I did. But after this series of unfortunate events, I feel like I should be doing reality checks more often. Like what I said in my post earlier this week [Let's be Thankful] I am trying very hard to look at the bright side instead of staring at the not-so-bright side. Yes, that post was brought about by these recent events in my life.

They may not be things that happened to me directly but it definitely put things into perspective for me. No one really knows what the future holds for us. If we concentrate more on the unpleasant things, we may never enjoy what we have right now. That to me will be wasting the one great gift that God gave each one of us...LIFE!
at March 18, 2010

Email ThisBlogThis!Share to TwitterShare to FacebookShare to Pinterest
Labels: Life and Anything in between, Reality Check

everything happens for a reason... God has a plan...
have a great day and happy blogging mommy j.
►TOP FIVE MOST NOTABLE MORTAL FEMALE MOVIE SERIAL KILLERS
►HAVE YOU EVER WON A CONTEST ONLINE?

sad series of events indeed. but such is life and we have to embrace what life throws at us.

hope you're enjoying your great weather like we are here. it's been great but we will go back to more seasonable temps next week. in short, balik lamig ulit kami with temps in the 40's pa rin.

have a great one!

Hello Huling!!
I oftentimes reflect on such morbid thoughts! But that’s life! No one knows what lies ahead but Him. Not even when we are diagnosed with a killer disease like mine. Though I’m still praying with all my might that I’m truly and totally healed. Tama ka, worrying would only deprive us of life’s happiness. Kaya smile na lang always!