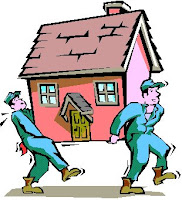 It's only been more than 2 years since we moved in this house. So far, it's going ok. We're still lacking a lot of stuff but we're not in a hurry. We have what we need. Next week, the dinette we ordered will be delivered so we can get rid of our old dinette.

With that being said, the husband and I just got talking about moving in another state. It's no secret to me that the hubby is not happy here in the sunshine state. That's greatly because of the hot weather. He's happiest when the temperature is in the 60s or lower. He said that if we don't have the 2 houses here, we would have moved already. So where does he want to move if ever we get the chance to? Washington, California, Oregon or North Carolina. Since we're not moving yet, we're just trying to explore, research and see what each state has to offer for a family like us. We're comparing things like a North Carolina health insurance to our present health insurance as well as the overall cost of living in those other states. Right now, our cost of living here is still a lot lower than in other states so it's not looking good for now. It's a good thing we're only looking and not actually moving, eh?
at August 06, 2010

Email ThisBlogThis!Share to TwitterShare to FacebookShare to Pinterest
Labels: health Insurance, Life and Anything in between