Halloween, anyone?
Hubby's on a roll. I thought we were done with the planting for now but apparently, we're not. LOL...which is fine by me. He likes doing it and I like looking at it...weeeee!!! Our yard looks so much better with more plants. Well, actually it's more like the front of the house since most of the new plants are located around that area. He's not done yet. He still has to decide what he wants to plant around the well that's prominently placed in front of the house. I believe he's looking for a certain tree to put there but he hasn't found it yet.
Anyway, one of the flowering plants he brought home are these so-called 'bat flowers'. He saw them at the store but didn't get them right away. He told me about them first and showed the pictures to me online...then he got them the next day. I thought they were a little bigger but not quite. The plants are small and so are the bat flowers. They look like bats though even if they're tiny. The colors are 'Halloween' colors - orange! Just in time for that time of the year...here are a couple of pictures the hubs took a couple of days ago. 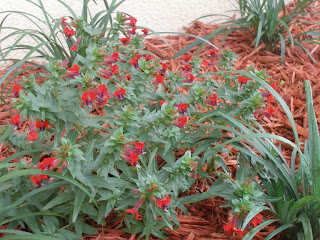 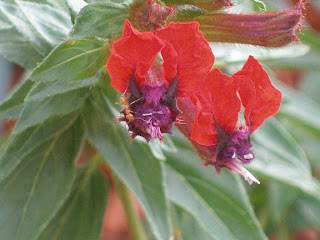 stay calm and don't worry too much.

need your thoughts about a post on my world blog. paki-check mo nga baka may ma-share kang input.
thanks.

re: VCO high in sat fat daw siya. I use it sparingly lang naman regularly sa smoothie or shake. but it's good din daw for cooking and it is a good replacement for canola oil.

hey tuks the EVOO hindi daw siya good pag overheated kasi it easily decomposes and it can generate cancer causing compounds. kaya madalas canola ang recommended nila. apparently, it can not withstand high heat daw kaya good in salads lang daw not for cooking. for cooking if you like olive oil daw go for the regular olive oil and not the extra virgin or canola oil na lang.