After that refreshing boat ride we took in 100 Islands in Pangasinan, we continued with our road trip. This time around, it's a looooongggg road trip. I think we left Pangasinan before 6 PM and only made stops to eat and get gas but it still took us hours to get to our next destination which is Fort Ilocandia in Ilocos Norte. My brother used to work there so he was familiar with the place. He had an estimate as to how long it would take us to get there but because of the ongoing [neverending] road constructions as well as the usual traffic jams, that estimation flew out the window fast. How long did it actually take us to get there? Well, we got there around 2 o'clock in the morning the next day so go figure. Needless to say we were all pooped when we arrived at the hotel. Since we got in the hotel very late already, we spent most of the morning of our 3rd day snoozing.

The original plan was to spend part of the 3rd day in Pagudpud which is about an hour and a half from Fort Ilocandia. But because of the tiring trip we had getting there and also because we were perfectly happy with just exploring the place, we decided to stay put for the day. We spent most of it exloring whatever we could. 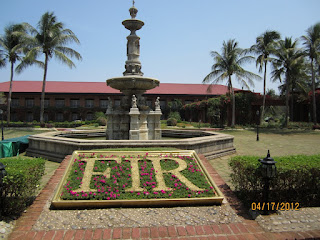 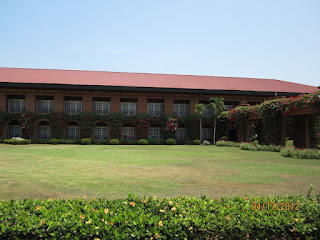 We can tell that the place was top notch during its hey-days. It had almost everything a tourist would want without leaving the place...including a mini-zoo! 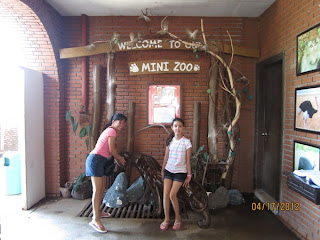 Sadly, the place is no longer in its tip top shape. The grounds around the hotel are well-kept but once you go around, such is no longer the case. 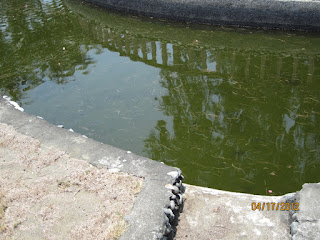 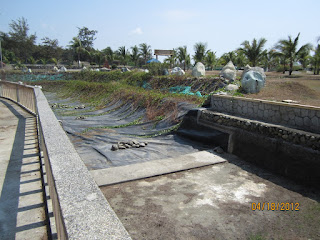 We also saw a lot of signs pointing to a golf course, shooting range, boat rides, etc. but none of those places is in existence anymore. The tiki bars as well as the other restaurants around the vicinity are all closed for business. Restaurants can only be found at the hotel/lobby/resort itself. I can't help but wonder if the place will ever be the same again.

Anyway, we didn't dwell much on the things that were no longer there or the unkept grounds. Instead, we went to the beach. 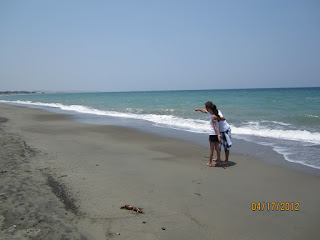 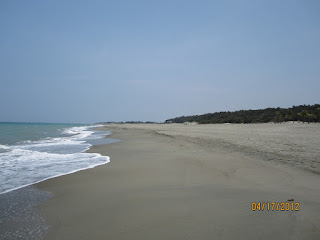 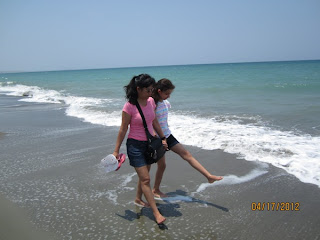 As you can see, we had a blast just walking around. This beach was actually the deciding factor why we decided not to head to Pagudpud on that day. Just being that near to the water was very refreshing. I think I got sunburnt mostly from that walk we did along that beach. Added to nice view, we had the place all to ourselves. No one else was within sight while we were frolicking in the water.

After walking around the vicinity, we spent most of our time by the pool side already. There wasn't much left to do anyway since most of the other amenities which would have been fun are no longer available.

All in all, we had nice stay at Fort Ilocandia Resort. The place obviously needs some much needed renovation because it's really outdated. The rooms are kept clean but they obviously need some kind of upgrading. I have no idea how that's going to happen with the kind of economy we have right now but I'm hoping it will happen someday.

I love the last photo of the sisters err.. mom and daughter carefree walking by the beach! Solong-solo nyo ang daigdig. hehe.

Too many nice places to see in Ilocos. We have yet to see the other beautiful spots despite having gone there thrice.

Have a nice day Huling!