The only 2 places that I was able to bring my husband when he first visited the Philippines [in 2001] was my hometown and Tagaytay. We didn't have the time because he was only there for 3 days. So in our recent trip back home we thought it's just fitting to go back to Tagaytay and see how much it changed in 10 years. And boy did it change...especially the one place we were able to explore while we were there. The People's Park in the Sky. 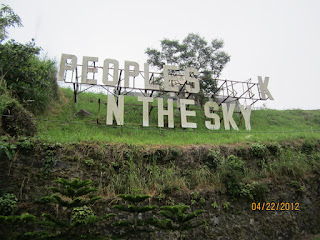 Well, aside from the missing letters, the park itself changed quite a bit. It was dilapitated to say the least and it became some kind of a flea market. It was drizzling when we went there but there were still a lot of people checking out the place.

When we were there more than 10 years ago, there were some tractors clearing some land for land developments. This time around, there are buildings ~ probably condominiums? ~ erected already. Just the same, they are eyesores to me. I didn't like it when I saw the trees being bulldozed to clear the area and I definitely don't like looking around the area and seeing buildings instead of mother nature. Anyway, here are some pics I took while we tried to enjoy the 'view'. 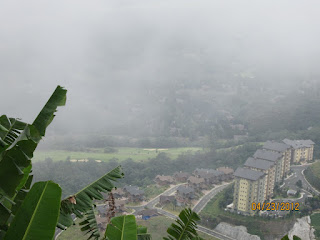 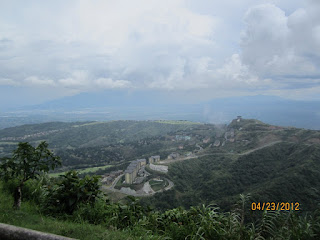 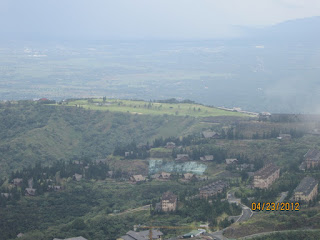 From the park, we decided to drive around to see where else we can stop either to sightsee or eat. We decided to stop by the famous Picnic Grove and braved the rain....err...drizzles. There were quite a few people there as well even if it was drizzling. There are also a few places to eat and we chose to eat in one of those eateries at the grove.

But before leaving the park, we decided to take a snap first...on the same spot [I think] where hubby and I had our picture taken together some 10 years ago. This time around with the fruit of our [MY] labor....I meant, love! Toink! 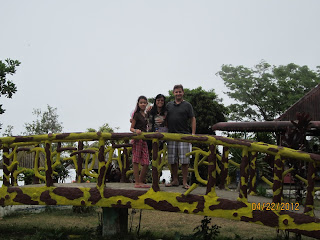 "But before leaving the park, we decided to take a snap first...on the same spot [I think] where hubby and I had our picture taken together some 10 years ago. This time around with the fruit of our [MY] labor....I meant, love! Toink!"