Will and Kate's PDA

Something we don't see everyday. Not from the royal family anyway. But time's a-changing so is the way the royals act in public, maybe? Personally, I think it's great to finally see some kind of PDA from them. It only shows their human side, doncha think? They are the new generation of royals and I think being so uptight and void of emotions when in public should no longer be the norm for them. But I'm a commoner so what do I know, eh?

Anyway, here are a couple of pictures I lifted from Yahoo this morning in case you haven't seen them....which I doubt because they're all over. I think it's as big of a news as Michael Phelps winning his 20th Olympic medal....if not bigger. 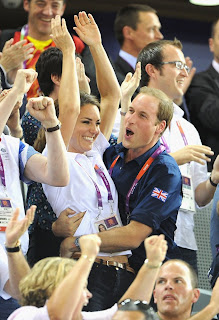 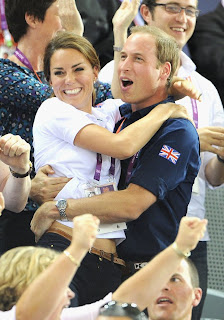 Sabardey na! Yay! Hope you have an enjoyable one! Ingat!