Biking in the Park

More than 2 years ago we got tricycles for each of us. The plan was for us to go biking around the neighborhood when the weather is good. Well, we've done that a grand total of....drum rolls please....once! It's mostly my fault because after that first [and only] time I decided I don't feel safe biking on the road even if it's on a rural area like ours. I kept looking over my shoulder thinking there's a car coming up behind me. It wasn't a very nice experience so to speak so I didn't want to do it like that again. And if I don't want to go, then they won't go...'they' meaning my 'assistants' here. Tee hee. I told the husband that I would rather bike on a bike trail even if we have to drive to get to it.

Anyway, in one of our unplanned escapades [aka driving to nowhere trips] we stumbled upon a nature park and went on a short hike in there. What do you know...there is a bike trail in that park. So we made plans to come back with our bike. I was up for it of course because it's a bike trail so there's no need for me to worry about cars coming up behind us. That plan finally materialized last weekend. The weather was perfect and we had nothing else planned...as usual. Ha! The trikes have been loaded on the trailer for weeks now so all that hubby had to do was hitch it to the car and off we went.

Just like the last time we were there, there were not a lot of people so it was perfect...no bike traffic on the trail...LOL. We only saw a couple of other bikers. One of them kept passing us by because we were going pretty slow. We were also stopping everytime we see a picture worthy moment. Toink! We went around the loop two times before the little one has had enough. Hubby said next time he'd leave us behind the trail so he can get the exercise he needs. I said...woo hoo! He was actually biking around us going 'beep-beep' everytime because we were like crawling on the trail. Oh well....it was all for fun to me and I had no intention of sweating it out because I exercise every single day anyway.

Here are a couple of pics of our bike adventure. Yep, we took a bunch of pictures alright. 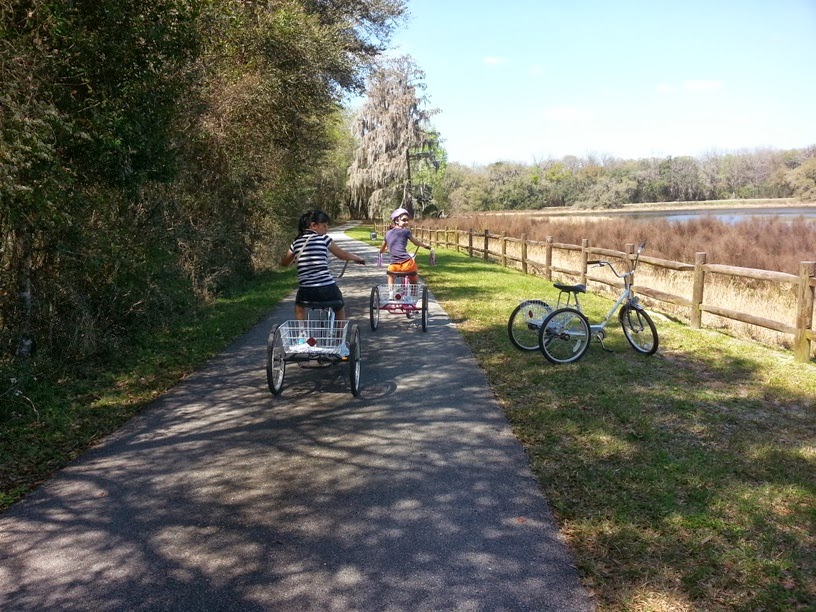 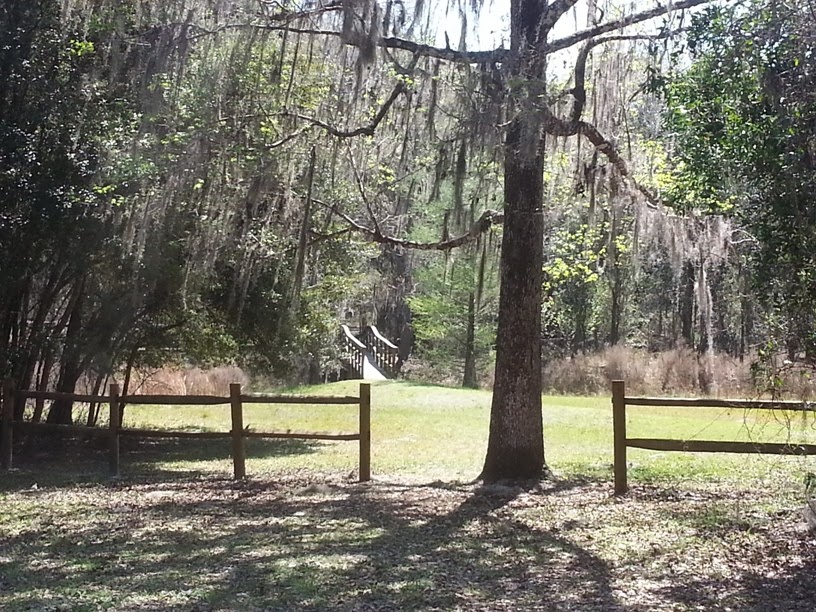 This 'scene' is something that captured the little one's eye. She said that next time we go back there she will bring her drawing pad with her so she can draw it. Good idea, yes?

Oh and she wants to have a picnic in the park as well. Yep, we have to do that ASAP. Maybe as soon as this coming weekend.
at March 12, 2014