It's technically Fall already...for about 2 weeks now actually. Technically only because it still feels like summer here right now. Temps are still very much in the 90s almost everyday but it's not as scorching. Thus we were able to go out a couple of weeks ago to visit a 'nature park' about an hour and a half from here.

The park was a great discovery for us. Hubby was not really looking at this particular park to visit. He was looking at another attraction around the area which was suggested by someone he met in court when he was called in for a jury duty a few weeks ago. The Cedar Lakes Woods and Gardens caught his attention when he visited the site of the other attraction ~ a cave I think. Anyway, we decided to visit the garden instead of visiting the cave. We may still go and see the cave one day but I'm glad we went to the garden first.

This park was an abandoned quarry. A dentist bought it and slowly worked on it for the past 23 years [still ongoing actually] to build the park known as Cedar Lakes Woods and Gardens now. We actually met him while we were strolling as he was working on a pathway in the Japanese Garden. Anyway, he donated the park to the county [or is it City?] but he still lives in the vicinity of the park. We even passed through his back porch to get to the other areas of the park. While walking around the park, we couldn't help but wish that we also live there.

It only opened to the public in 2014 so it's not that popular yet but by word of mouth, I'm sure it will be packed sooner or later. Hubby was probably the happiest because he took about a thousand pictures while we were there. We would have stayed longer if we only knew that we can have a picnic right there. As it is the park is so new that there's not a single vending machine there. We have to bring a picnic basket with us if we want to eat there. Oh well...maybe next time.

Here are a few pictures we took. These are the things that the owner/creator of the park sees when he looks out his window or from his porch. 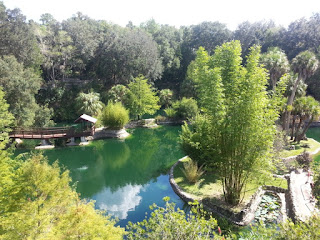 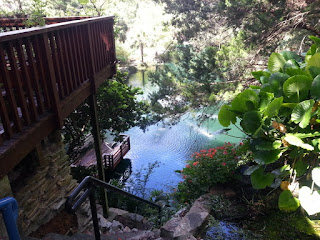 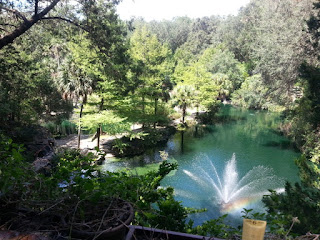 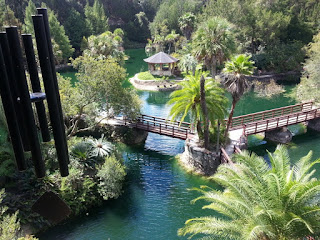