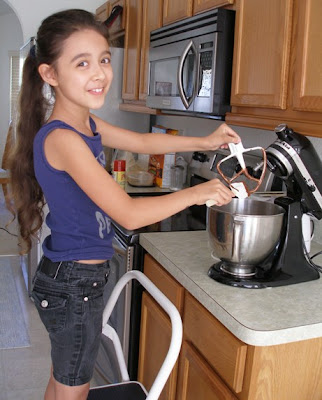 It seems it was only yesterday when she was only a 'few hours' old.... 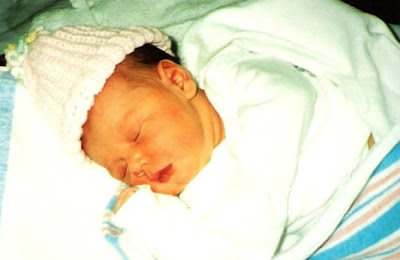 Before we know it, we will have a teenager already.

Anyway, we spent her birthday running errands together...and the little one wouldn't have it any other way, of course. I had a Dr's appointment that's been set up 6 months ago. Normally, the husband would only take an hour or so off work to drive me to the appointments but today he decided to take the WHOLE DAY off. We were out the whole morning running errands and spent the rest of the day at home. Anyway, my ophthalmologist said that my eyes are great although they are uneven still. This time around, it's the right eye that has a lid retraction. He said it's normal for someone with thyroid issue. I had some blood test done as well which means I need to set up an appointment with my other doctor. I won't be seeing the ophthalmologist for a whole year though so...yay!
at April 12, 2010

Email ThisBlogThis!Share to TwitterShare to FacebookShare to Pinterest
Labels: Bday 2010, Life and Anything in between

she's so pretty and tall