I guess I can safely say that Day 4 of this road trip was probably the day we went to more places than any of the other days during our 5 - day road trip...that's why I have to write 3 separate posts to cover it all. Speaking of which...here are part 1 & part 2. Promise this will be the last of Day 4.

The Burgos tower happened to be at the tip of North Luzon already [almost anyway]. That means that if we go some more north, we would have ended up in the water already so we had no choice but to turn around and go back where we came from...home! But that doesn't mean we were done with the road trip yet. As a matter of fact we still had one place to go to before we retired for the day...Vigan's Heritage City [Heritage Village]. So after some 'much needed' picture taking [yeah right] at the foot of the tower, we started the drive back. 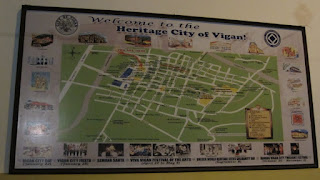 Unfortunately the drive took a lot longer than anticipated....as usual. By now, being on the last 2 days of our road trip, we already knew that would be the case. Still, it didn't lessen the annoyance of sitting in traffic for hours. What would have been a couple hours max trip took almost triple the time. By the time we got to Vigan, this is what we saw... 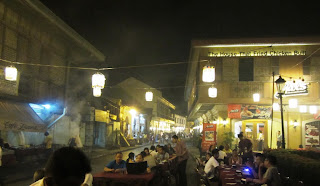 The Heritage City at night. Since it was almost 8 at night, we decided to have dinner first before we strolled the vicinity. It's not a very big place to cover but because it's at night and there seems to be more people at night, it took us longer to navigate the place...and we didn't get to see everything. Just because we were all pooped by the time we got there. I think we only stayed there for an hour or less.

Here are some photos we took while we were strolling the area... 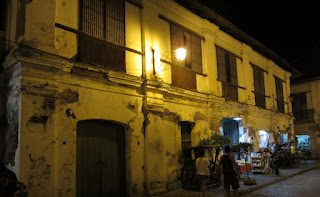 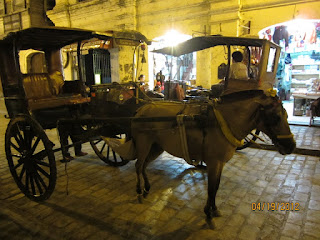 Beacause we were so exhausted already, I think I sat on every chair, stool, bench or anything I could sit on while we were checking out the place. Of course we wouldn't pass the photo op when we see one as well...here's one for the books... 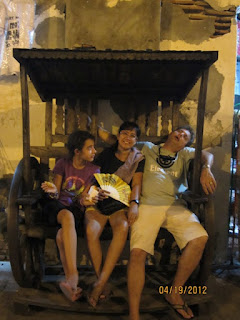 Can you say: CLUELESS????  Yes, that would be me...big smile for the camera while the husband pretended to be asleep with the little staring at him. Need I say HE loves this picture?? I wonder why....hmmm.

Anyway, here's one interesting place we came across along the street of the heritage village....an Inn. [can't figure out why the picture won't rotate here though so my apologies if it gives you a neck cramp looking at it] 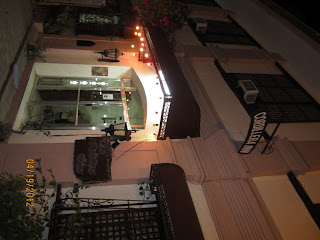 I believe the place is actually real place to stay for the night? I'm not certain of course but it would have been cool to actually stay there for a night...especially after that very long day we had.

We weren't satisfied with what we saw and the short amount of time we spent there so we're thinking of coming back to this place someday to see more of it. The husband especially because he really wants to see the place during the day when there's less crowd.

Anyway, this leg of the trip was done without much planning. Meaning...we didn't really know where we would be staying for the night. The only plan was we'd spend the night in LaUnion. But unlike the other days where we had reservations for places to stay in for the night, on this particular day we thought of playing it by ear. Huge mistake.


The drive from Vigan to LaUnion took longer than it should have. And with no specific place to go to for the night, it felt like we were on the road forever. BUT we were really on the road for a LONG time. My brother's friend suggested a couple of places. He said he didn't know how the places are as far as service & accommodations are concerned but we decided to check in to the first one we got to. What can I say...we were super tired so we took whatever was available. It was past midnight already so we were all ready to crash.

The place was not good at all. It's not well maintained and the rooms weren't ready when we got there. That alone should have clued us in but like I said, it was so late we just didn't care. We also wanted the little one to get a decent night sleep and not all crunched up in the back of the car. We were ushered in to our rooms after half an hour of waiting. After taking much needed showers, we crashed for the night for a much needed rest. 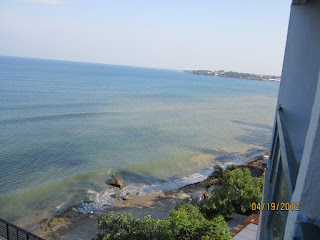 The only thing nice about the place was waking up with the sound of the waves. It was very refresing. But that's about it. Ha! After another quick shower, we left the hotel/resort[?] right away. We drove around and stopped at a couple of surfing sites. The water was very calm that day so we didn't see a single surfer in the area. Bummer! The surfers/surfing is the only reason we decided to swing by LaUnion. Oh well...maybe next time.

After having a quick breakfast somewhere I can no longer remember [maybe a fast food chain?], we drove to our next and last destination.....the summer capital of the Philippines...BAGUIO CITY!

Hi Ate! Of course I remember you! OMG it's been forever since we last talked.

How are you? You're so lucky to be able to visit back home. It's been 4 years now since I last went to the Philippines.

Hope you're enjoying your summer. =)